Recently, I announced the open call for entries for the 2017 Indie Business Network Artisan Product of the Year Awards. Our winners will be announced soon. In the meantime, I'd like you to become acquainted with our panel of curated Influencer Judges. 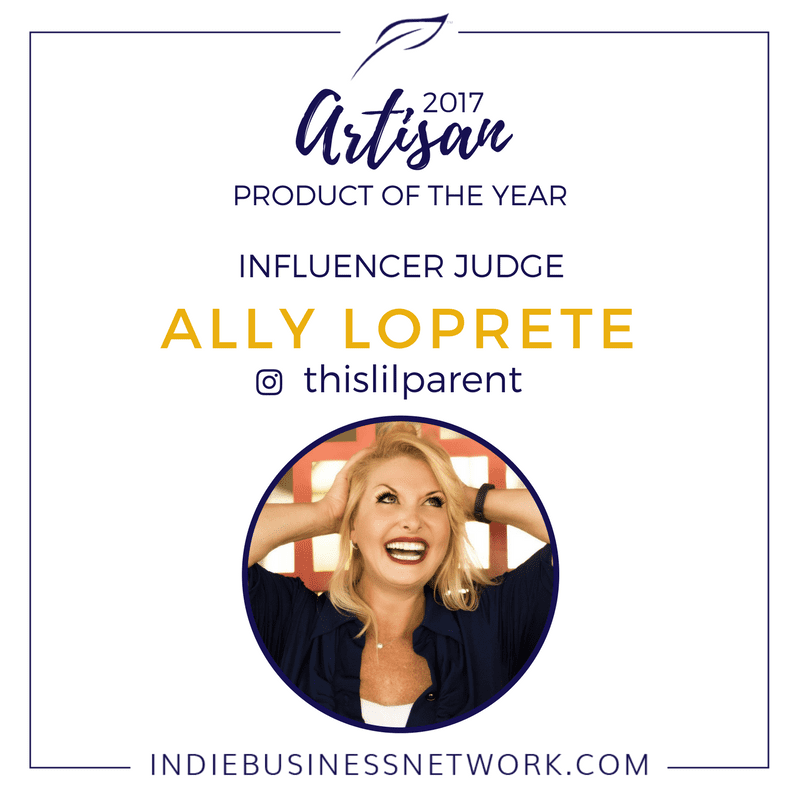 Earlier this month, I introduced you to Patrice Grell Yursik, Jade Huang, Jen Moreau, and Melinda Emerson. Today, I'm pleased to announce Ally Loprete, the Entrepreneurial Cheerleader. Running into Ally, online or in person, is like bumping into a hornet's nest of energy and positivity. It just comes out in so many directions that you have no choice but to just relax in it and enjoy the ride. Here is more about Ally.

Prior to becoming a self-employed parent, Ally spent several years at ABC TV on the Disney lot. Her time there was rewarding and plentiful, but it wasn't until her first son was born that she came to realize her true calling in life. Ally's determination was fueled by her love of her children and her passion for helping others, which lead to her success as a self-made, stay-at-home mom and entrepreneur.

Meet Ally Loprete of This Little Parent @thislilparent, and Influencer Judge for the 2017 Artisan Product of the Year Awards!Click To Tweet

Have you enjoyed Ally's radio show or read her book? If you are inspired and motivated by Ally's approach working and parenting on your own terms, do share in the comments below. And, of course, I appreciate every single share on Facebook, Twitter and LinkedIn.